The rally in 100 words: The brainchild of driver turned promoter Raimonds Strokšs and first run to great acclaim in 2013, Rally Liepāja was originally a winter event but switched to autumn for 2016 to ensure more guaranteed weather. The new date effectively made for an all-new rally as crews adjusted to gravel stages free of snow and ice. Although the time of year had changed, the high-speed stages in western Latvia continued to thrill drivers and spectators alike. For autumn read late spring in 2019 as this forward-thinking event moves to late May and an expanded route with stages in the Talsi region too.

What’s new for 2019?
While Liepāja remains the event’s hub, the stages will cover a much wider area than ever before with roads around Talsi to the north included for the first time. A move forwards from October to May is the other big change for 2019.

Five facts:
1: Rally Liepāja ran for the first time in 2013 with Jari Ketomaa/Kaj Lindström taking victory in a Ford Fiesta RRC. It was the first and only year the really finished in Ventspils, up the Baltic coast.
2: In recent years, Rally Liepāja has formed part of the Festival of Speed Kurzeme, which brings speedboat racing to the city’s Tirdzniecības canal, plus other motorised attractions to the local area.
3: Two former Liepāja winners, Craig Breen and Esapekka Lappi, have both gone on to secure factory drives in the World Rally Championship.
4: Nikolay Gryazin is the event’s youngest winner, taking top spot in 2017 one day after turning 20.
5: Liepāja can claim to be the only Latvian city outside the capital Riga to offer air, land and sea transport options, while its city council chairperson, Uldis Sesks, is a former rally driver of note and father of Mārtiņš Sesks, the 2018 FIA ERC Junior U27 and ERC3 champion. 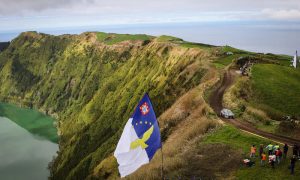